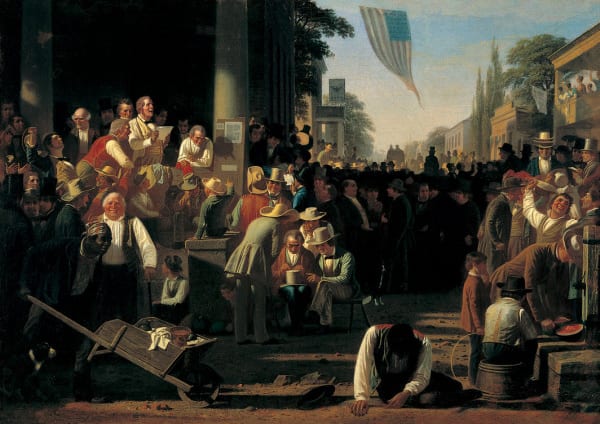 Young Christian attorney Patrick Henry saw why a JURY of PEERS is so vital to FREEDOM!

It was March 1775 when he rode into a small town of Culpepper, Virginia. He was totally shocked by what he saw! There, in the middle of the town square was a minister tied to a whipping post, his back laid bare and bloody with the bones of his ribs showing. He had been scourged mercilessly like JESUS, with whips laced with metal.

Patrick Henry is quoted as saying: “When they stopped beating him, I could see the bones of his rib cage. I turned to someone and asked what the man had done to deserve such a beating as this.

“SCOURGED FOR NOT TAKING A LICENSE!”

The reply given him was that the man being scourged was a minister who refused to take a license. He was one of twelve who were locked in jail because they refused to take a license. A license often becomes an arbitrary control by government that makes a crime out of what ordinarily would not be a crime. IT TURNS A RIGHT INTO A PRIVILEGE! Three days later they scourged him to death.

This was the incident which sparked Christian attorney Patrick Henry to write the famous words which later became the rallying cry of the Revolution. “What is it that Gentlemen wish? What would they have? Is life so dear, or peace so sweet, as to be purchased at the price of chains and slavery? Forbid it, Almighty God! I know no what course others may take, but as for me, GIVE ME LIBERTY OR GIVE ME DEATH!” Later he made this part of his famous speech at Saint John’s Episcopal Church in Williamsburg, Virginia.

One thought on “Scourged for WHAT?!?!”