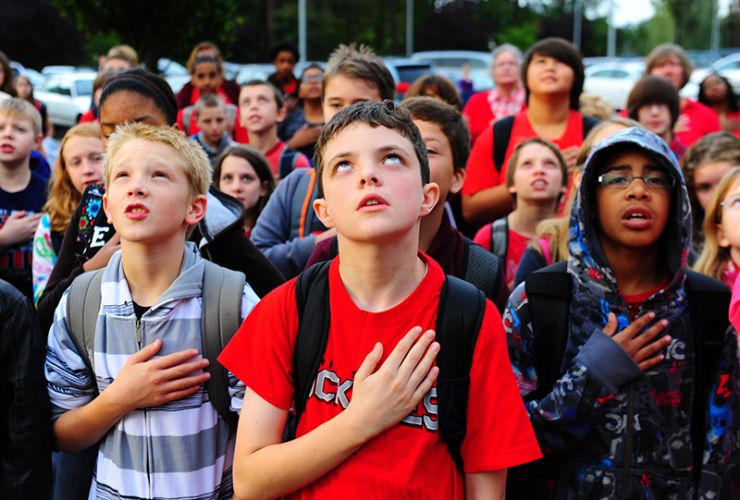 In the first two words of the “Pledge of alliegiance” you make a very important action. What exactly does it mean anyway?

A BAILMENT or delivery of PERSONAL PROPERTY to a creditor as security for a debt or for the performance of an act.

Sometimes called bailment, pledges are a form of security to assure that a person will repay a debt or perform an act under contract. In a pledge one person temporarily gives possession of property to another party. Pledges are typically used in securing loans, pawning property for cash, and guaranteeing that contracted work will be done. Every pledge has three parts: two separate parties, a debt or obligation, and a contract of pledge. The law of pledges is quite old, but in contemporary U.S. law it is governed in most states by the provisions for SECURED TRANSACTIONS in article 9 of the UNIFORM COMMERCIAL CODE.

A contract of pledge specifies what is owed, the property that shall be used as a pledge, and conditions for satisfying the debt or obligation. In a simple example, John asks to borrow $500 from Mary. Mary decides first that John will have to pledge his stereo as security that he will repay the debt by a specific time. In law John is called the pledgor, and Mary the pledgee. The stereo is referred to as pledged property. As in any common pledge contract, possession of the pledged property is transferred to the pledgee. At the same time, however, ownership (or title) of the pledged property remains with the pledgor. John gives the stereo to Mary, but he still legally owns it. If John repays the debt under the contractual agreement, Mary must return the stereo. But if he fails to pay, she can sell it to satisfy his debt.

impossible. For example, a pledgee has constructive possession of the contents of a pledgor’s safety deposit box at a bank when the pledgor gives the pledgee the only keys to the box.

In pledges both parties have certain rights and liabilities. The contract of pledge represents only one set of these: the terms under which the debt or obligation will be fulfilled and the pledged property returned. On the one hand, the pledgor’s rights extend to the safekeeping and protection of his property while it is in possession of the pledgee. The property cannot be used without permission unless use is necessary for its preservation, such as exercising a live animal. Unauthorized use of the property is called conversion and may make the pledgee liable for damages; thus, Mary should not use John’s stereo while in possession of it.