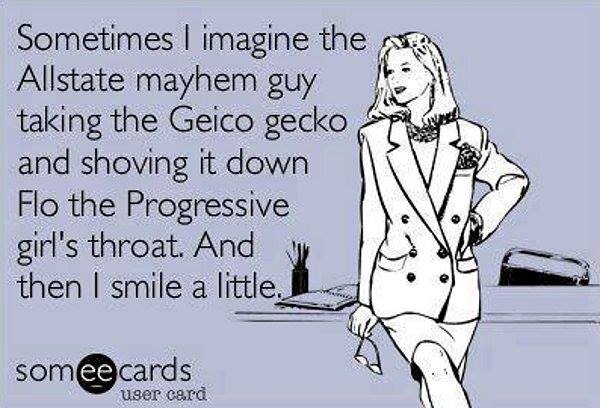 There was a time when you didn’t have to buy car insurance. Risky? Reckless? Maybe. But one thing’s certain: All of us now have to spend exorbitant sums on insurance — whether we ever need it or not.

Consider a modest annual premium of $500. Over five years, that’s $2,500 spent on…nothing, if you never have an accident or need to file a claim. And that’s a good bet, incidentally. You probably know someone — perhaps yourself — who has gone 20 or 30 years without a singe at-fault accident. Yet over a ten-year period, such a blameless driver would nonetheless have had to fork over $5,000 in insurance premiums; $10,000 over 20 years.

That is no small change. It’s also money that could have gone to savings, investments, the kids’ college fund — any number of useful, productive things.

Instead, it’s flushed down the financial black hole of state-mandated insurance.

It’s little wonder many of us have no more than a few thousand bucks in the bank (if that). By the time we pay Uncle Stinker 0- who extracts not just federal taxes but also the weekly fraud payment to Social Insecurity amounting to 7.65 percent of every dollar we earn and which none of us under 40 will ever see again – plus state and local taxes and then all the forced insurance we’re made to buy, we’re broke.

I drove around for several years without insurance when it was still legal in my state to do so. (This was Virginia, early 1980s — when the dying embers of personal liberty still glowed a little bit.) I saved thousands of dollars. Never harmed a soul — or cost anyone a red cent.

But what about the risk to others of allowing people to drive without insurance? It’s a valid question. An equally valid answer is: Should the theoretical risk that an individual might damage someone else’s property or person impose a definite obligation on them to buy insurance “just in case”?

Put that way, things get clearer.Arguably, the only time you or I should be forced to do anything is when it can be shown there is a direct, specific negative impact on others arising out of something we’ve done. Specifically, as individuals – not as members of a group based on age, sex or whatever.

Vague, generalized, broad-brush “risk” shouldn’t be sufficient cause for a legal corn-holing.

And speaking of which: What about the side effects of compulsory coverage?

For one, mandatory insurance cheats us all — because we’re all forced to do business with a cartel. When insurance is optional, insurers have to fight for our business as individuals. It’s much harder for them to shake us down at every turn over things like premium “surcharges” based on trumped-up speeding tickets. We can just say, No Thanks.

But when everyone has to buy a policy, the insurance cartels have us all by the soft parts. We’ve lost our leverage — and of course, they exploit it mercilessly.

It’s no coincidence that the cost of a typical insurance policy has increased obnoxiously since mandatory coverage went into effect over the past 20-25 years. Even “good drivers” who have never filed a claim or been involved in an at-fault accident are compelled to hand over hundreds, if not thousands, to the insurance mafiosi each and every year.That money could have been set aside in a “rainy day” fund – and used to pay out expenses resulting from an accident. Assuming one actually happens, which statistically speaking, it probably won’t. And if it doesn’t, you’d still have your money — instead of the insurance cartel.As far as the risk to others — the main argument used to defend forced coverage — it really comes down to whether you believe in liberty: Which is more important? Your ability (via the coercive apparatus of government) to force others to buy insurance against a small, theoretical risk to you that may and probably never will be needed? Or allowing individuals to decide for themselves what’s best – and leaving them free to act?

Sadly, too many of us no longer believe in liberty. The Fourth of July has become an absurdity — a holiday about “freedom” most of us aren’t even allowed to celebrate with fireworks we light off ourselves anymore. That would be risky, unsafe. Someone might get hurt. So naturally, it’s illegal in most parts of the country.Just like not buying insurance.