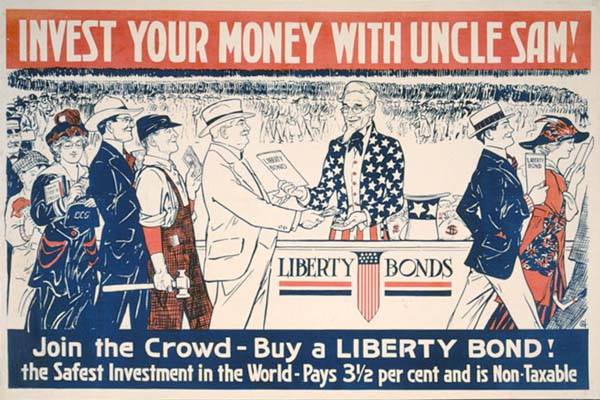 The way the bond works is that a monetary value is placed on the alleged crime and then factored the way banks factor their money. In other words if a person is convicted of a felony the ‘value’ would be $4 million. The county/city/ state then multiplies it by ten, so the bond that goes out for sale with the prisoner’s name and social security number is a short-term ‘promissory’ note. It’s offered at $40 million. Perhaps an investor will offer 40% of the $40 million, or $16 million.

Once this ‘promissory note’ of the face value of $40 million reaches the banks it is then multiplied again by 200 to 300% and sold as bank securities. For those of you who wonder why the US has more people in prison per capita than any other nation on earth, you’ll begin to understand how we can have a weakening economy and still fund wars overseas. It’s all based on prisoners….in other words, prison for profit.

Knowing all this and knowing that a prisoner can have a ‘net worth’ of say, $10,000 per day in the money markets, helped me explain to many bewildered women why they were in jail. We were only merchandise in a warehouse. The storage was pretty cheap; one woman while in jail researched the cost of feeding prisoners per day which ranged from 74 cents to $2.72 per prisoner per day.

How many of us remember when our government attempted to finance from the private sector the Second World War. Weren’t they selling war bonds? They were soaking up the people’s equity in terms of buying bonds, transferring your funds to the government.

The government by purchasing those bonds was promising to pay you back your investment at sometime in the future with interest. At that time what they were collecting from the people was their so-called cash equity.

What is going on now is that people have gotten too poor, too stingy and too smart to buy bonds to finance the government? How long has it been since you heard the Post Office or anyone trying to get you down to buy US savings bonds?

So what they are doing now instead of getting us to voluntarily give our cash equity to the government for a promise to be paid back in the future, they are securing from us some violation of a statute by which the law ascribes from us a penalty; i.e., the payment of a sum of money due.

Instead of collecting the cash from us, they put us through a criminal procedure where we dishonor the system and what Gene said is what is happening is they are selling our capital and our interest. In other words, they are selling the liability you had in whatever charge has been brought against your straw man. They are taking that capital and interest that you should pay and are grabbing that from us and selling it on the open market to bankers and investors to transfer their funds to government which is covered by the bond of the violation of your straw man of that statute. In order to secure the bond the living soul is placed in prison as the surety to back the bond which is financed on the investment of the public market place in terms of the sales of stocks and bonds.

The public doesn’t directly bid on my (the prisoner’s) debt. Your debt is assumed by the bankers. The bankers issue secondary paper that allows me to invest in what they are holding as the holder in due course of the claim against your straw man.

If you get into to dishonor by non-acceptance, what they are trying to do is get an acceptor which is the same thing as a banker. They need someone to pay off the obligation and if you get into dishonor, they sell your dishonor and put you into prison as the collateral and they sell the bond.

ALEC does this; the American Legislative Exchange Council, promotes privatization through foundations like the Reason Foundation owned by David Knott. They get the foundations to promote this and get investors to come in. Cornell was merged with Trinity Venture Company which is an investment company. What they did was changing their name to Reid Trinity Venture and then merged with SB Warburg. (Warburg was out of Germany or France and partnered with Rothschild). SB Warburg is in Chicago, Illinois, and they merged with BIF in Switzerland, which is a settlement and closure bank, and the biggest bank in the world for settlements. They are connected to Cornell Company which is owned by David Cornell.

Everyone is tied in. Paine Webber Group is the United States of America and all the big international corporations are the stockholders and own all the stock in CCA. Everyone is using our exemptions on the private side. They filed a 1096 tax return and show it as a prepaid account, as prepaid interest and they returned it back to the prisoner. They took the prisoners deduction for the exemption and they deduct the tax and the IRS bills the prisoner for the tax. So the corporations are stealing your exemption which is your intellectual property. What’s wrong with this? They are not telling us what they are doing. It’s all commercial. When you go into the court room everything is commercial. Vxxxxx in her seminar says the facts don’t matter, the facts are on the moon. What matters is honor and dishonor. The courts have to dishonor the potential prisoner or get that ‘person’ to argue or get that ‘person’s’ attorney to argue. Just like Martha Stewart. Argue and you’re in dishonor and you’ll end up in jail.

The attorneys are actors to make us think the whole process is a factual issue. They get us into the guilty/not guilty mode and they get into all the cloak and dagger or what evidence to present. It’s a dog and pony show to cover up that they are after the debt money. All corporations work on a fiscal accounting year which means that they spend debt. They can’t get rid of the debt and balance the books unless they run it through our accounts on the private side. We the people run on a calendar year and the corporations run on the fiscal year. They can only balance their books is to run it through our accounts using our exemptions. Then they can do their reverse bookkeeping entry and go to post settlement and closure. They can’t do that until the prisoners do the acceptance (if they do it). That what they are looking for in the court room under 3-410 is the acceptor.

That means we are assuming the liability for the debt as the principal. A lot of times with debt the principal is always the primary libellant in the commercial setting. He has to assume the liability and then you get your remedy. Otherwise you don’t get a remedy. They sell your account to some corporation while you’re sitting in prison.
How many times has government ever had a case against anyone? The attorneys have to attempt to get you to go right into argument and trial and go into dishonor. Axxxx was given documents from redwood Trust on a mortgage foreclosure. She did a conditional acceptance and she did a heck of a job. She stopped them cold and they took the property off the market. At the end she said if they didn’t answer her within 14 days she was going to resort to notorial protest and get remedy for dishonor. She went into the fact that their charter doesn’t allow them to loan credit, she wanted to know the name of the company who was the source of the credit, she wanted the name of the account number, she wanted certified copies of the font and back of the promissory note. She was trying to get them to divulge that it was her secured party creditor that was the source of everything they were doing. She was forcing them to admit that it was her promissory note that was the basis of the credit instrument that they loaned and that they had already sold the note to someone else and they didn’t have it in their possession. What they do is they sell the notes just as they do when you go into prison. They endorse the note and they no longer the holder of the note. The mortgage company wasn’t involved in this process….the attorneys are doing all this. What they are doing is coming to the private side to get the debt without any permission from the mortgage company. IN this case they quoted from the UCC, and it’s from Lex Mercatoria, the Law of the Merchant.