If some organized crime unit steals your car and then tries to sell it back to you or put a lien on it saying that it was “abandoned” or some crap, turn it right back around on them and “lien up” your own stuff first.

I am sure that you have made investments into the car of which you have paramount interest in. Make it legit! If you hold a lien on your own stuff, they have to settle that BEFORE they try and sell it. Always leave a bad taste in their mouth, like taking another bite will make them sick.Here, I will even give you the paperwork –

Also, if some criminal partnerships are evident (like a tow company, police department, lien company) and they are all working together to steal and extort your private property that is likely taxable events that they are not reporting because they are criminal and fraudulent in nature. Would you ever report your earnings from theft as “taxable income”? I wouldn’t either, that’s why you get them to all fill out W-9 forms and if they are reluctant to do that make sure that you show them the 3949A form that you are going to use to report their criminal activities. Then follow through with it! Don’t bluff them. If your car has been stolen you have nothing to lose anyway so give them hell! Don’t be afraid! Do it now! Even if it happened a while back! Don’t let it slide! 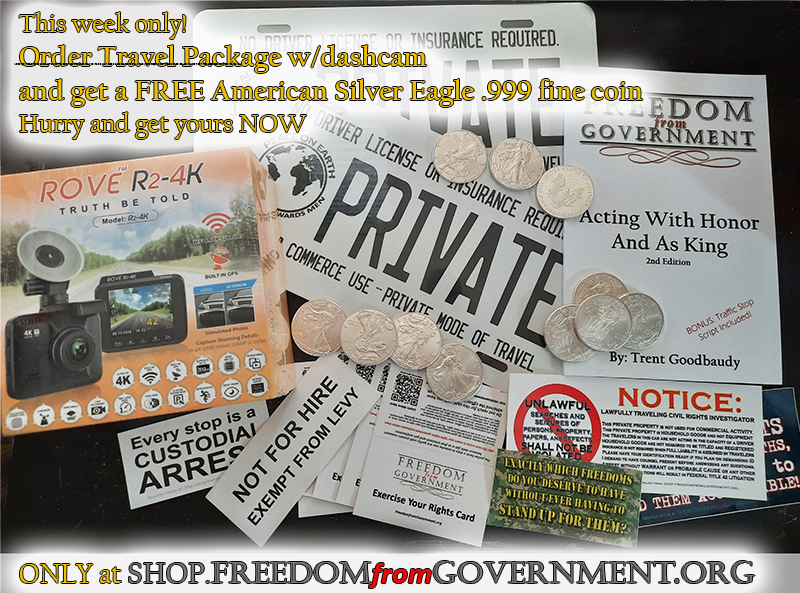 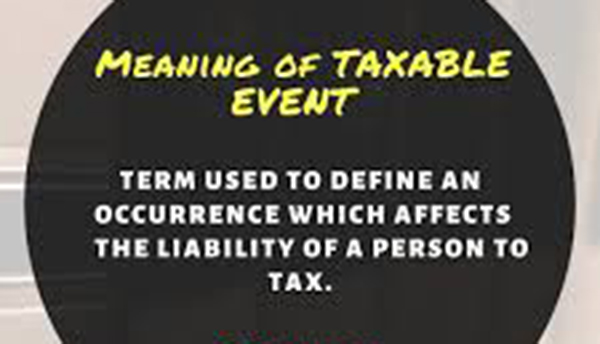 You know… when people attempt to stand up for their rights and defend themselves in their corporate tribunal administrative courts and the court plays dirty and attempts to circumvent rights and railroad people for victimless code violations it just makes them look bad and also typically makes the resolve of the one defending themselves stronger.

The fact that they are so quick to play dirty tells me that they have absolutely no legitimacy and everything that they do is strictly coercion under threat of violence. This house of cards is coming down. (keep reading)

Every bill we get from a corporation is a taxable event….Your Gas, Trash, Water, Cell Phone, Mortgage and car note…etc… It is all a tax. Because it is a tax, there are documents you should file with the IRS. The 1099-A reports the transaction and the 1099-OID returns the tax back to you…minus 10%. So if done correctly, a $150 bill should be returned to you in form of a treasury check of $135.00. But because the United States is operating under Chapter 11 bankruptcy since 1933…and no gold standard is in place… consequently every U.S. Corporation is also bankrupt due to lack of assets and are therefore unable to discharge any debts.

We, the American people who hold a SSN, have not been told that we are the “Bankers” in this Corporate world and the “Donors” in the world of trusts…and that we have all the tools at our disposal to discharge any public debt. The problem America faces today is not the actions of one man in office (U.S. President) it is that nobody wants to read anything meaningful or important…and because we refuse to educate ourselves, every generation after us gets dumber and dumber.

Almost 20 years ago, I went on a very long journey in trying to make sense out of this chaotic world we live in. I have read everything from the IRS code to the Laws of Nations. I was fortunate enough to have the time to research everything under the sun. It is an incredible maze to say the very least and also very rewarding if one can see the bigger picture of this “puzzle”. The average American’s view of taxation, financing, accounting, politics and the way the judicial system operates may be quite different than from those that have educated themselves. Nothing works the way we have been led to believe…in fact, everything is almost the opposite.

Debt is money, slavery is freedom, war is peace and schooling is education. That is what the “Matrix” wants us to believe. We put our children in the care of others (public schools) because we lack the ability to educate our own children, then we wonder why they can’t even open up a can of beans when they have reached the age of 18.

The powers that be have placed us in a gigantic “farm”…and very few people care about it or they seem to be overwhelmed by this very truth. There is a reason why humans have the same status as animals…this is not just my opinion…this is an actual fact. Why are food stamps under title 7 of the U.S. Code (Department of Agriculture)???

The schools are designed to remove our ability to think. This school model we have today was adopted from the communists believe it or not. Mom goes to the school with a birth certificate of her child and registers not the child, but the ALL CAPS NAME (Since living humans can’t be legally or lawfully registered) so they can do a role call every morning for 12 years and get the child to actually believe that they are the NAME they are calling out every morning. No real history, math, geometry or civics is taught in any of the U.S. public schools. There is a very good reason why the federal government funds State schools every year with about $2,500 per student….so they can decide on what goes into the head of a young man/woman and to make them obedient taxpayers.

Now since everybody today went to some form of “Public Fool System”…the ability to think and to question has been removed. So we end up getting a drivers license, become “patriotic” tax-payers, follow the doctors orders and our children get to pay the 30% Star-Spangled inheritance tax when we die.

This “matrix” that has us blind-folded, ignorant and unaware of the actual truth is not lawless and is limited by the world of the “dead”. It can only operate in the fictional world it has created. Therefore it requires “persons” (not people) to carry out the dirty work and to assist in enslaving all the other “civilly dead” humans. The world of the living is governed by and for the living…there are no “overlords” because the “living” are their own governors. In order for your so-called “Government” to get control over you, they had to get you to go down to the DMV with the Birth Certificate so you could get that drivers license. The Drivers License is what establishes “Legal Residency in the United States (D.C.)” and abolishes one’s lawful domicile in the 50 states of the Union. The Cops are none the wiser and are told to arrest or cite every “Person” without a driver’s license. The Drivers License or State ID has a “FIRST MIDDLE LAST” name…this NAME was created by the State and if it is used, the person using it is subject to penalties and taxes. If you look in the Passport, it has the “Family name” first, followed by the “Given names”. You are NOT using the State’s property when you use a Passport for Identification.

The answer to this is simple: to control and to tax you. The U.S. Constitution is very clear on this in the 14th Amendment and it says: “All persons born or naturalized in the United States, AND subject to the jurisdiction thereof are citizens of the United States and the State where they reside”.

Notice that it does NOT say “Citizens of the United States of America”…because a “Citizen of America owes his/her allegiance to a republic and a U.S. citizen owes his allegiance to a democracy…and is subject to the rules of that democracy.

If you ever have to go to court for another stupid traffic ticket or some other victimless “crime”…walk in there with a W-9 form (request for EIN). Let the Judge know that you accept his/her oath of office and instruct the judge to enter a plea on your behalf upon condition that the prosecuting attorney fills out the W-9 form. You just might find out how powerful you are when you realize that every taxable event has to be sent to the IRS for recording because they are attempting to stiff YOU with the tax and to make you the trustee and themselves the beneficiary. I am almost certain they will make the case go away very quickly. If not, the IRS is your friend. They are there to do the accounting for a bankrupt corporation (D.C.)…so let them do it. All that is needed is a W-9, 1096, 1099-a and then a 1099-OID. You pay the fine…you file the forms with the IRS, then you get your refund. The prosecuting attorney gets a bill for the tax and will do everything in his power to prevent another case against that ALL CAPS NAME (not you).In my honest and educated opinion…this is what being an American is all about. Standing tall in front of every unrighteous man and only serving the righteous one…his creator.

You can only be with God or without…there is no gray area. Chose wisely and govern yourselves accordingly.

I am now hosting my own videos! Yay! Now we have our OWN community standards! I am afraid it is just a boring law lecture though for those of you who are looking for black magic.